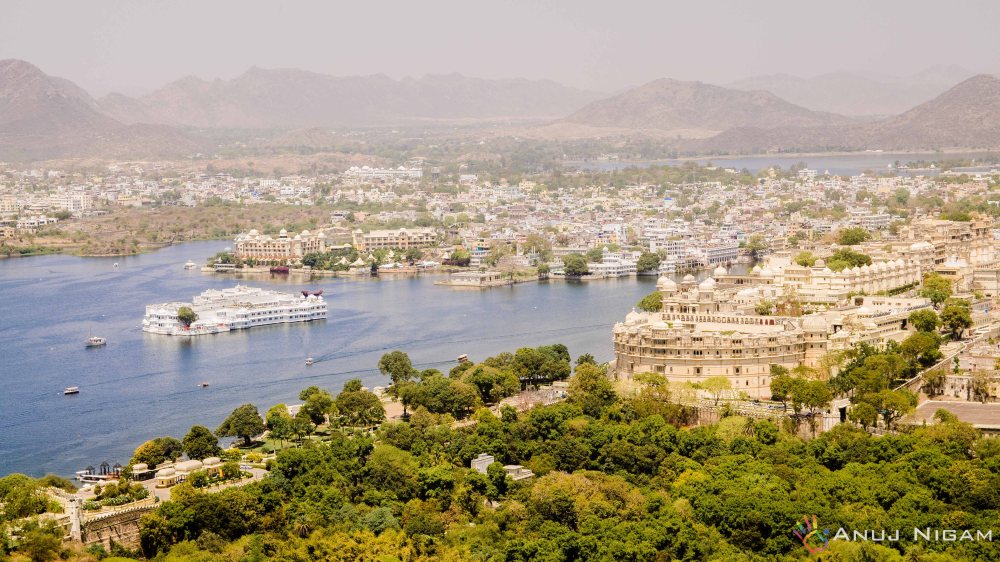 I was in the regal city of Udaipur, a romantic destination, set amid lakes and dotted with palaces. The city, in its first look, appeared to me a regal creature of fashion. Living in the shadows of the largest palace in Rajasthan, the city displays a facade of colours, its busy touristy streets still live the dream of munificence of Mewar and culture has refused to die in the kaleidoscopic panorama, ramparts of history create here.

From the beginning the omens for this detour were good; packing the little known-about of the city, I headed towards my royal residence for three days – the Shivniwas Palace. Shiv Niwas palace built from 1559 A.D. onwards on the shore of the same lake is grandiose in style. I had a relaxed schedule of three days to stick to, with the hotel having charted out all my travel plans. The hotel was clothed in luxury; a big palatial door leads you to the lobby area, with a cobbled path on the right leading you to the imposing City Palace and the left leading you to an area where heritage rooms are decked up. The rooms offer a scene worthy of the sweetest prose—browns, rusts, Persian and olive merging on one rustic, earthy canvas that’s worth endless detours and revisits. The architectural features of the palace, pentagonal towers, splendid balustrades, decorative brackets, frilled arches and kiosks give it a royal look. I was sure, my hotel stay, was going to bring me royalty felt at home.

I had to start my day early with a visit to the City Palace, which stands as a local guardian to the city, marketing the nostalgia of that bygone era. After having my emperor fit breakfast, I sauntered along my way towards the City Palace. City Palace stands tall, standing to five storeys, as a masterpiece in marble and granite, as a revelation of architectural beauty and bounty. Manek Chowk, where the palace grounds, is beautifully landscaped with emporium shops, vending colourful souvenirs as cultural symbols of the city, veritably blending modernity with history. A major part of the palace has now been converted into a museum for public viewing. Needless to say, the museum, a trove of treasure, stands as a cinematic display of Mewar art and heritage. The arched windows with coloured glass panes, sculptured embellishments, aesthetically inlaid mirrored walls, elegantly sculpted pillars, mysteriously curved stairs leading to different sections of the palace, gardens inside the palace, pillared corridors with solitary fountains, opulence of the rest-rooms and richly bedecked balconies itched with memoirs of that historic era are spellbinding. The museum houses the elegance, charm, mystic, ethos and colours of the Mewar dynasty. Interestingly, different sections of the palace are built by different rulers, yet in a whole, the different structures present a strange panorama yet command unison and elude the time and space gap that exists. The palace shows some European influence in the architecture too, blue tiles with symbols of Christianity are few but loud. One needs to be patient in the palace; the whole tour can take 4 – 6 hours, but it is surely worth that patience. Other prominent features of the palace include Mor Chowk with richly sculpted walls and three peacocks intricately crafted from blue glass and mirror and a Surya Gokhda, an emblem of Sun God. Also the palace puts before some of the finest panoply of the city from the balconies to leave photographers in a click frenzy mode.
Next door, to the city palace, at the Fateh Sagar palace, is the crystal gallery; the exhibits of which are displayed in brightly lit passages overlooking the Durbar Hall. Ordered by Raja Sajjan Singh from Birmingham, the crystal items were kept on display, without even being put to use, due to untimely death of the king. The regal durbar is bejewelled with three heavy chandeliers, weighing around a ton each, supposedly the largest and the grandest in the country.

Being in Shiv Niwas Palace was like being an extended part of the royalty that lived here. The charm and romance of Rajasthan and the ever present history seemed alive here. In the evening, a lake tour to the Jagmadir was arranged for us. The proportions of Shiv Niwas became more gigantic as I looked back from the gliding boat. Interestingly, contrary to the name, Jagmandir had never been a place of worship. Jagmandir palace proves that the Rajputs had steel for location. The evocative view of the hills, the undulating valley and the traditional Mewar culture getting beautifully pocketed in the Gangour Ghat makes the boat ride more worthwhile. The palace courtyard has now been turned into a restaurant. Gol Mahal, a building inside the Jag Mandir, is said to be an inspiration for Taj Mahal. Emperor Shahjahan, who was a good friend of the then Mewar king Sajjan Singh, is said to have spent six months, with his wife Mumtaz Mahal, in this very palace. A fine dining in this palace brought me closer to the kingly life that the Maharanas lived. As I sipped wine, I caught glances of the beautiful Lake Palace: splendid, mysterious and sublime.

The next day I watched the sun rise from our secluded private terrace, peeping unseen over the balustrade to capture the morning’s entertainment. The dawn was set for a spiritual visit to the Karni Mata temple, sliding our way uphill on a rope-way to capture the beauty of the lake city. Up from there, time doesn’t move linearly. You can stay for hours there, clicking the same diminutive stretch with every shot capturing a little more of this place. At the temple, we made our plans to capture the dusk from the Sajjangarh fort or the ‘Monsoon Palace’, built on a hill right opposite to the Karni Mata. And the best part, the palace was built for the Maharanas to enjoy the rains when there were no rains. The central chamber is lined with fountainhead all around the border. There are open balconies for guests to sit and savour the rain effect creating by the fountains – an elegant way to create rain when desired. Another revelation came to us when the guide at the palace told us that this monsoon retreat of the Maharanas has been eloquently captured in the famous James Bond movie ‘The Octopussey’. The fort was a brainchild of Maharana Sajjan Singh, who wanted to develop it into a nine storey building astronomical centre that could facilitate the tracking of monsoon clouds and diagnose the weather conditions. However, due to his early demise, the dream remained unfulfilled and the palace today lies neglected with no sign of the history it could have had. However, Looming at a great height, the fort offers an exhilarating bird eye view of Udaipur city overlooking the two lakes – The Pichola & Fatehsagar.

Coming back to the present, we snaked through several alleyways, amidst bustling shopping areas to come to yet another landmark of the city – Jagdish Temple. This old temple built by Jagat Singh I also houses the idol Meera Bai used to worship. Apart from the spiritual significance, the highly sculpted walls, with ornate curves speak of the alacrity of Mewar architecture. There are many little hide-outs in Udaipur worth paying a visit like the beautiful Bangore ki Haveli on the Gangaur ghats, the shilpgram, Saheliyon ki badi and numerous temples perched across the city.

Fortunately our visit coincided with the Mewar festival, celebrated to mark the onset of spring. The unique charm of the festival sets it apart from others. Moreover, unlike most other festivals, this festival has both cultural and religious significance. Women get dressed in bright attires and wonderfully dress up the idols of Gauri (wife of Lord Shiva) and take out a huge procession. The procession travels through various parts of the city and move towards the Gangaur Ghat at Lake Pichhola. On reaching there, these images are placed on special boats. The festival provides cultural bliss specially packaged with touristy flavour to all visiting Udaipur. During this time, the city transforms from a usual palace city to a vibrant organism. Building facades and streets are decorated, shops and markets are revamped – there are colours and lights everywhere. The preparations give a feeling of soft romance with history. The festivity is difficult to be captured in words – it holds the soul of the city, it has a feeling of love notes and a sublime charm of an intimate conversation. It is not loud, not lavish either, but still mesmerizing. In the course of these three days numerous events are organised. The adrenaline thud of boat race on Fateh Sagar lake, the charm of kite flying in the clear skies of March, the spirit of gay abandon as folk dances take to the stage, the intimacy of Mewar culture dressed up as dance-dramas and competitions that not just tickle you but lays before you the soul of this grand state of Rajasthan.

Looking at Udaipur, one gets to know how much the Mewar rulers loved art, design and architecture. From the time the foundations of this city was laid by Maharana Udai Singh in 1567, this city has seen changes, yet every change appears to be in unison and seems only to have embellished the beauty of the city. The city is as interesting as the palaces, though in a different way. The city gates are called pols and divide the old city in different sections. The confusion of growing modernity is evident, veneered with allure of tradition. A statue of Chetak in the city narrates the heroic tale of Chetak, the horse of Maharana Pratap, who galloped to safety in the battle of Haldighati to save the Maharana. Chetak died after the giant leap but landed Maharan to safety. The inspiring legend still lives. Someday I would like to go to see the place where Chetak fell. Someday I would come again to absorb more of Udaipur in my words.

(Published in The Hindu also: http://www.thehindu.com/features/metroplus/where-history-lives-on-and-on/article6452750.ece )